Home » ANDROID » Does Smasung's Galaxy S5 have what it takes to be the greatest smartphone yet?

Does Smasung's Galaxy S5 have what it takes to be the greatest smartphone yet?

Was February 24 the most anticipated date in the world of technology? What happened at Barcelona (Spain) during Mobile World Congress (MWC) that has generated a series of contagious social media uproar about smartphones?


As it happens, the ultimate tech-giant Samsung came up with yet another model of smartphone in their Galaxy series, named Galaxy S5, opening it for the world at large during the said annual tech-savvy gathering for 2014.

So what can be expected from this new entry in the Samsung's fifth generation smartphone series? Does this phone have what it takes to be the greatest smartphone yet? Or in a way a common man would ask: Are its specifications good enough to bring it to the top?

This is a valid point of judging a new product because in the end, it is the customer who has the say. So, here we go for the specifications, their comparison with the predecessors and other rival devices and a conclusion:


It is a relief to note that Samsung finally ditched its shiny and glitzy plastic back and replaced it with a new dimpled panel which is also removable. The feel of the device is better than its predecessor S4 which still had Samsung's signature glossy outlook. The new panel design makes S5 much more easy to grasp and hold.

Another surprising addition is the new variety of colors, including Charcoal Black, Shimmering White, Electric Blue and Copper Gold. The Gold color was highly rumored and was widely discussed and speculated before the release of S5. 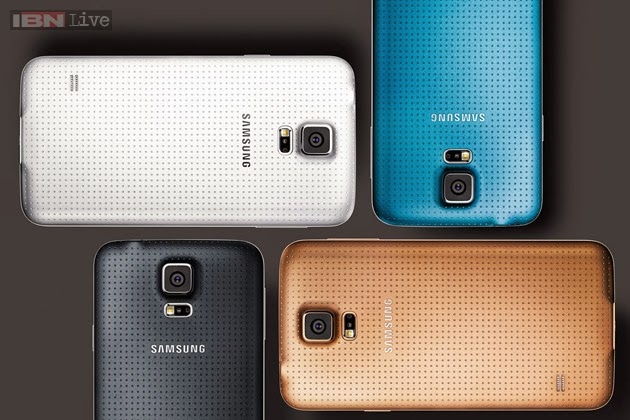 
The device weighs 145 grams which is higher than even Samsung Galaxy S2 which was just 112 grams. This can be a bit turn-off for some customers.


Another new feature to be excited about is the addition of Quaicomm's Snapdragon 801 processor ready to "snap" at its customers with greater efficiency. S5 has basically a 2.5 GHz application processor, which is aptly speedy and just perfect for desired functionality.

The OS of the device is the same legendary Android OS but with many additional features. The big news isn't the introduction of Android KitKat 4.4.2 (Jelly Bean has been finally put to rest) but the upgrade to TouchWiz, which can be a maneuver specifically done to rival iOS 7.


Is a 16 megapixel rear camera and a 2.1 megapixel front camera good enough? Well, it's not exactly Nokia Lumia 1020 with 41 megapixel Windows Phone camera, but when the addition of auto focus within just 0.3 sec is mentioned, we do raise our eye-brows. Not only that, but the images of faster moving objects can easily be shot without the fear of blurring the images taken. The video quality is also superb: one can shoot a video clip in 4K as well. So far, the camera has been going extremely fine, and many critics are praising its smooth working.

The pairing of LTE with Wi-Fi is bound to increase the overall downloading facilities of the phone manifold. To get the number of downloads increased and with a quicker pace, both LTE and Wi-Fi can be simultaneously used. 4G mobile data is also available in this new configuration.

Unlike iPhone 5s with 10 hours of talk-time, Samsung Galaxy S5 has a 2800 mAh Li ion rechargeable battery with 20 hours of talk-time. Other than that, the phone has the new "ultra power saving mode" that drains all colors from the screen and reduces the use of extra apps working in the background once the drainage of the battery turns to a critical value. This is to help the battery stay longer-- for at least another 24 hours. 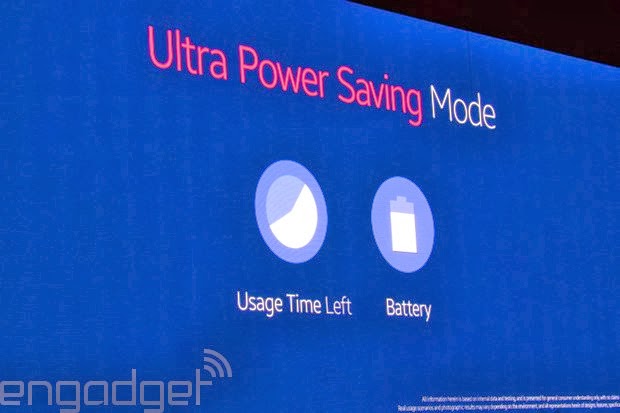 Amazing New Additions to the Galaxy:

Now is the time to look at some new and fresh ideas that Samsung has come up with. First of all, Samsung's new Galaxy phone has added two new innovative sensors: a heart rate monitor and a finger-print scanner (like the one for iPhone, but definitely different). Finger-printing comes with an additional perk as well. With the collaboration with PayPal, Samsung hopes to bring the mobile payments and their record get to their users in just a finger slide over a sensor.

If examined closely, the phone appears to have been designed for those who are fitness freaks. With the app S Health, S5 promises people who like to keep track of their daily exercise by planning and managing diet charts and exercise schemes. And it gets interesting because of the Gear Fit smart-watch that can be the next focal point for any mobile phone company to get to the top. This new device can update a person about their heart beats or location or about their contacts on social websites etc in addition to telling time. 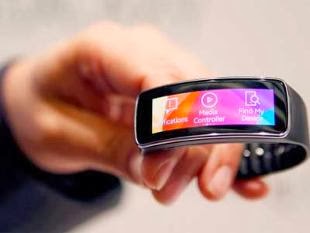 Moreover, dust and water resistance, although not a new addition to the phone, (the feature is available in previous S4 versions) can be a plus point for this phone specs. The design is also resistant to water damage for about 30 minutes (if submerged in completely).

At MWC this year, Samsung competed with many other big names lie HTC, possible iPhone 6, Windows/Nokia upcoming phone and Sony to give to the world a new and better smartphone experience. Did it nail it? Yes, of course. In many ways. Will it be The One to conquer the technology world? Well, no! Samsung Galaxy S5 does NOT have what it takes to be the greatest smartphone.

The foremost thing to consider: this new model is by no means "new" when we start comparing S5 with its immediate previous successful S4. The dust and water resistance as well as general appearance is no different than its previous one. Despite the hype which this particular phone had created long before it came out, the one word response to Galaxy S5 can be nothing but "boring".

Yes, the addition of two new sensors is great, but it is somewhat rip-off of iPhone 5s. There is no "grand" change or addition or modification in the design and software of the phone, which it should have added because of its already building up expectations. The energy and time utilized on apps such as S Health (which will be useless for those who do not do any physical activities) could have been used instead for other features that are more profoundly startling e.g. polymer based body structure that is flexible or at least some small work on holographic display etc.

Yes, overall analysis does point toward the long battery time and the fascinating camera features, and the changed outer design and color additions, and improved Wi-Fi experience, but what the customer goes for is entirely missing from this new phone: the freshness of the device in general. And that may not be appealing to most.

The 2013 delight in the form of S4 has already given the users something to cherish, and it will not be wrong to put that the necessity of upgrading to a S5 might not be a good idea, because it is just an improvement over the last one; a finishing touch to the previously done masterpiece.

So, what is the conclusion?
Short answer: Could have been better
Long answer: Samsung Galaxy S5 turned out to be bit of a disappointment regardless of some very cool new features

To think, will it tumble the dominance of Samsung over the tech world down in any way? Doesn't seem so. iPhone came up with 5s which wasn't any significant improvement over 5, but it did not adversely affect its reputation. Samsung can get away with this phone, but it can be a huge disappointment to many fans out there.

Abdul Wasay Bhatt is a Mechatronics Engineering student from Pakistan. If you have any queries or you want to personally contact him, you can do so by clicking the URL name given above.
Also, please don't forget to like, share and comment about this post below. Your feedback will help us know what you want to know about science and technology.

Posted by Unknown at 12:30
Email ThisBlogThis!Share to TwitterShare to Facebook
Labels: ANDROID