WHY WE FEEL DIFFRENT THINGS AT HIGHER ALTITUDE

Hi! In this post I'm going to share some information regarding our body and high atmosphere.lets come straight to point. 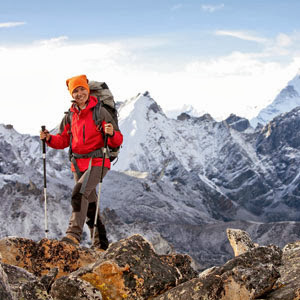 As we go up, our heart starts beating fast  and we start breathing fast as well. As we need great oxygen that time. Why all this happen? Cause of oxygen. The oxygen up there are less compressed which means its molecules are apart from each other as compared the molecules in the ground. At sea level the air pressing downward so compress the oxygen. That's why it is more condensed at the ground. To fulfill the need of oxygen in our body goes through acclimatization. ( A series of changes to.... help us physically adapt.... to different environments. ). This is the reason of breathing fast. Without this we could face severe high altitude effects. Generally this happens at the height of 6500--8000 ft or above.

LATER EFFECTS
After this our body face different effects. Like pumping heart fast cause greater body work. The amount of hemoglobin (a protein that transport oxygen to different parts of the body) becomes excessive at higher altitude. This shows positive response because oxygen can transport in great amount. As oxygen lifting cars are in large amount. But it also has some negative consequences it thickens the blood and make the heart difficult to pump efficiently. 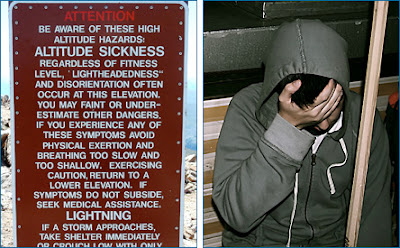 The appetite becomes less, hyperventilation, high heart rate and some swelling in extremities could happen also. Our sleep becomes poor due to periodic breathing (switching between light and deep breathing), also due to lower carbon dioxide amount in body effect uncouison pause also effect deep sleep.
That's why we feel tidy in the morning.
Due to great amount of red blood cell transport oxygen to unused part of the lungs and produce citrate syntase.
(Periodic... Breathing is a cycle , decreased .... breathing, followed by a.... complete absence.... of breathing (from three to 15 seconds))
Posted by Hamza at 00:25
Email ThisBlogThis!Share to TwitterShare to Facebook
Labels: AMAZAING NEWS, HEALTH, KNOW HOW