WHAT ARE SOUND WAVES AND HOW THEY PROPAGATE

You can hear ( observe ) many types of sound in our daily life. Afar from our daily life talk some of them are just audible such as ( whispering ) of friends or the (rustling) of leaves while others are very loud such as sound of pressure, horns of busses or the shouting of children. Some sounds are pleasant to our ear while others produce jarring effect such as the sound of barking of dogs, the rattling sound of a tractor. But the questions are how is these sounds produced? How does sound propagate ? How do we hear sound ? What are the characteristics of (musical) sound? All these questions will be answered in this post. Stays connected. 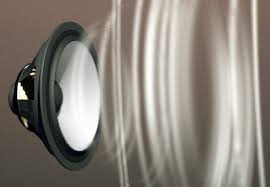 HOW IS SOUND PRODUCED ?
Sound is in fact is the form ( style ) of energy and it is generated by a vibrating body. Whenever a sound is produced,  you can observe and felt the vibrations of the sounding body.
Place a pan upside down on  a table and strike it with a spoon, a particular sound will be heard. You can feel its vibration by touching it by finger. You can also analyze the vibration by putting some pieces of paper on it, which starts jumping.
We can conclude from the above experiments that sound is produced by a vibrating body. In other words we can say that a body can produce a sound only when it is vibrating.
NATURE AND PROPAGATION OF SOUND:
Now we understand how sound is produced, but how it moves to surrounding air? >>>During vibration, a vibrating body moves to and fro from its position and produce compressed waves in the  (surrounding ) medium. These compressional waves are known as the sound waves which travels from one place to another.
A specific type sound is produced by beating a tuning fork above a  rubber pad. The prongs of such a tunning fork begins to vibrate on a rubber pad. The prongs of such a tunning fork begins to vibrate. I will show you a vibrating tuning fork in picture 1.  Its right hand pane is shown vibrating about its rest mean position O. Between two points A and B. When the prong moves from A to B , it compresses the layer of air ahead of it. The compressed (compact) layer transfers its raised pressure to the air next to it. The compressed layer transfers its increased pressure to the air layer next to it. This process persists and the ( (compression) produced by rightward movement  of the pan, move outward. On reaching the point B the pan begins to move toward the point A.  During such a motion of the pong pressure in the air layer next to it decreases and a refractions are produced here. The first layer, where a rare fraction has been generated, transfers its lessen in (pressure) to the next layer and after doing it so it comes to normal state. This process also continues and the rarefraction produced in the first layer moves outwards. As the tunning fork continues to vibrate, two things (compressions) and (rarefactions) are produced and travel outward one after the other. Such a series of compression and rarefraction are the sound waves. As the molecules of air moves in the direction waves during their vibratory motion . We can conclude that that the  sound waves are compressible waves.
We have observe that sound waves can travel through air. Sound waves can also through gasses , liquids and solids.
IF YOU WANT MORE KNOWLEDGE ABOUT SOUND . JUST INFORM ME IN A COMMENT. THANKS AND KEEP VISITING AND SHARING OUR BLOG .