The apparent detection system for electric faults which is directly being used by local electric companies could help prevent in major discharges that lead to sparking and blackouts.
Melbourne researchers have invented a an amazing and fast detection system that locates potential electrical faults along large stretches of power line before they show ( occur ). a boyhood interest in electric fishes leads the researchers to this invention. Such as black ghost knife fish.
The detection system already being employed by local electric companies. This system is very efficient and could prevent the major electric discharges that can lead us to disaster.
If we see as a whole overall the world , this is very important. Last year blackout left 620 million people in India without power for some days and cost big economy lost that is eleventh to US $120 billion dollars. Electric sparking has been blamed for bushfires in Australia. Said by DR. Alexe bojovschi a postdoctoral fellow in electrical and computer engineering at RMIT University,
Thanks to Alexe who is the 12 early career scientist unveiling their research to the public. This is her first time.
He says he got an idea on how the electromagnetic signature of potential faults could travel in the power networks from his ability of electric fishes to transmit and receive electromagnetic radiations. 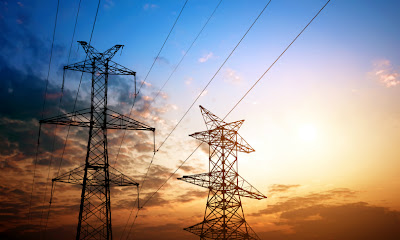 HOW IT WORKS:
The apparent wireless sensing technology can be mounted to the power poles to detect the discharge signature in the power network. The sensors translate the time of arrival of the signature into a measured distance and can locate the fault point.
(Alexa and his project managers established a company , IND Technology to commercialize the system its url is (www.ind-technology.com.au). Now IND technology is offering as an early fault detection service to electric companies in Victoria online 24 hours a day" the system provides a dynamic picture of the health of their( power networks)" Alexa says "but this is a worldwide issue, so the company has to expand the potential  globally" )

Posted by Hamza at 03:25
Email ThisBlogThis!Share to TwitterShare to Facebook
Labels: TECHNOLOGY NEWS